Surf art is something I truly love in all its different applications. From the hyper-realistic imagery of Phil Roberts to the cartoon worlds created by Bob Penuelas and Drew Brophy, it all resonates with me due to my love of the ocean and the seascapes that surround it. That being said, not many can do it any better than NorCal artist, Matt Beard.

I met Beard at the end of a steep La Jolla alley on a cloudy afternoon. I have gone down that alley hundreds of times over the decades to get to a favorite surf spot of mine so it was nice sorting through some of the old memories. As I approached, he looked up from his work, from under a baseball cap and through a bushy black beard, he gave me a genuine smile and greeted me like we were old friends. As we talked about the waves, his upbringing in Long Beach and his home in Humboldt County, I was stoked to see that good things do indeed happen to good people. But good people still have to work hard, and that was exactly what Beard was in San Diego to do. Each day he painted two 20-by-20-inch canvases; one in the morning and one before sunset, only breaking occasionally for burritos, beer and surfing. 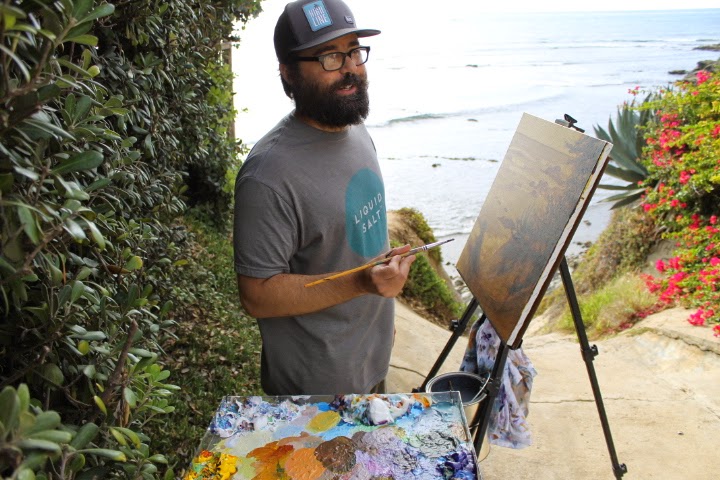 This past week, Beard (yes that’s actually his last name) made a special trip to document 10 different ocean views from the La Jolla area. What made his trip down to San Diego unique is that most of the paintings were bought sight unseen, and each day he didn’t know where his host would be taking him or what he was going to paint. I asked Beard if that made him a bit nervous to which he replied, “No, but PMK knows the area really well, so I have complete faith in him.” 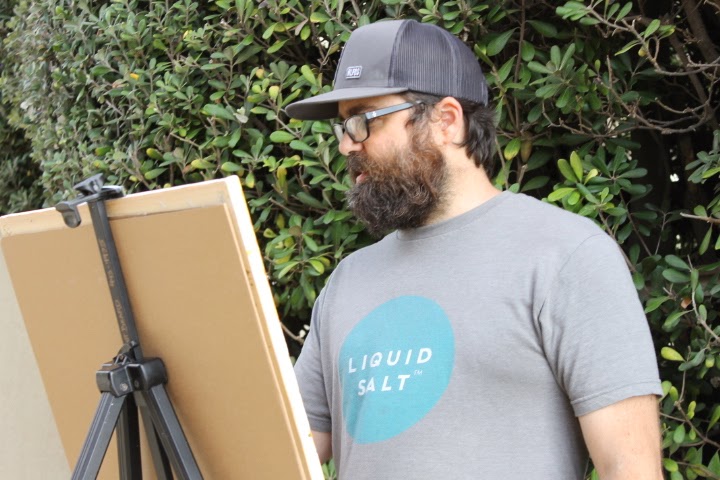 That “PMK” would be Beard’s good friend and San Diego native Pierce Michael Kavanagh, who produced the 2014 surf documentary “What the Sea Gives Me.” After a conversation with Beard about his upcoming trip to paint La Jolla’s best surf spots, Kavanagh offered to help him sell a few of the paintings. He put out the call through his extensive social media networks and the response was immediate. Kavanagh had half the paintings sold before the first post was even on his homepage. His friends and acquaintances didn’t even care what the paintings were going to be, because they too had faith that Kavanagh would pick the perfect locations in his hometown. 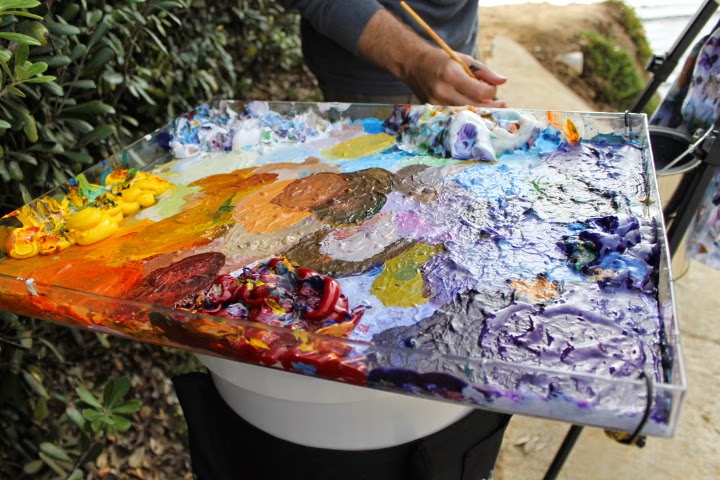 From the stunning cliffs of Black’s Beach to the rocky shores of Windansea, Beard has captured the feel and soul of the little beach community in only the way he can.
If you’d like to see Beard’s work firsthand and meet the artist, he will be at Windansea Beach from 4 to 6 p.m. Friday, Oct. 24. To learn more about the artist go to mattbeardart.com.


As a lifelong San Diegan, Ken Lewis has surfing and ocean life in his DNA. A 30-year surfer himself, Lewis has worked in the surf and skate industry for most of his career. Send him your thoughts about the surfing world to kenlewis760@gmail.com or follow him on Instagram @hanger18.
Posted by Kenneth at 7:55 PM

Photo of the Week 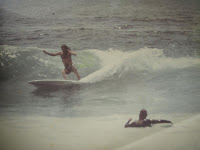 Kenneth
I grew up as a latch-key kid in Pacific Beach California. You know, standard issue stuff for that era: My brother beat me up when my mom wasn't home. My firends and I were free-range and my dad was not there, living in another country while and my mom worked from 7-7 everyday. You know, normal shit for a kid growing up in the late 70's-80's. If I didn't find the beach and surfing I can't imagine just how different my life would have turned out. I found my family at the beach. The people who shaped my life and are still very much influences on me to this day. This blog will encompass stories of days gone by and things that are happening now. Hope you enjoy.